The so-called “Golden Visas” are not visas as such. They are residence permits allowing their holders the right to enter and stay in Portugal for investment purposes.

The correct designation is in fact given by law: residence permit for investment activity (ARI).

This residence permit is awarded to anyone who is not a citizen of the European Union or the Schengen zone, nor under its control, meeting certain criteria linked to investment, the purchase of real estate and/or the creation of jobs.

Taxes and fees are due when applying for or renewing a residence permit and all the documents confirming the respect of the award conditions must be prepared in advance.

The ARI is initially granted for a period of one year, renewable for periods of two years if the award conditions remain in place, particularly in terms of investment.

It is also worth noting that a foreigner legally resident in Portugal for six years can apply for Portuguese citizenship.

b) Benefits of the ARI or Golden Visa

c) Beneficiaries of the ARI or Golden Visa

Any national from a third country exercising an investment activity, personally or via a business established in Portugal or in any other European Union country, who is permanently established in Portugal, and who fulfils the quantitative requirements and the time condition laid out in the applicable legislation:

d) Quantitative requirements to apply for the ARI or Golden Visa

With regards to quantitative requirements, at least one of the following criteria must be met on the Portuguese territory:

It is worth noting that, in some cases, the minimum investment amount may be reduced by 20% when the activities in question are developed in areas considered to be of low population density.

The investment must be kept for a period of five (5) years from the date the residence permit is granted. At the end of this period, maintaining the investment is no longer required.

Anyone interested in an IRA must cumulatively meet the following conditions:

g) Application for the ARI or Golden Visa

The interested individuals can apply in one of the following ways:

h) Timescale for granting or renewing the ARI or Golden Visa

If the application is complete, the SEF will make a decision within a maximum period of 90 days.

i) Costs for granting and renewing the ARI or Golden Visa

(j) Obligation of residence on the national territory

When he submits his application for ARI, the applicant is not required to be resident in Portugal for a minimum period. He simply needs to present himself at the SEF on the agreed date to provide some personal elements (fingerprints, among others).

Once the residence permit granted, the holder must respect the obligations of residence on the national territory listed below:

If the investor chooses to become a permanent resident at the end of 5 years, he may not be absent from the country for periods of more than:

The same conditions apply to each of the members of the reunified household. The proof of this permanent presence on the national territory can be provided in various ways (plane tickets, hotels, food bills, for example).

The regime has been in place since October 8, 2012, and for an indefinite period. Given the economic situation, it is impossible to predict the end or a restriction of this regime.

The following people are considered members of the family in the conventional sense:

– minors adopted by the applicant if the latter is not married, or by the applicant or his or her spouse, following a judgement by the competent authority in the country of origin, provided the law of this country grants adopted children the same rights and duties as those of natural filiation and if the judgement is recognized in Portugal;

The following people are considered as cohabiting members of the family:

Whatever the case, it is associated with the decision made on the request for the ARI.

This way, with the same investment, it is possible to obtain an IRA for all the members taking part in the family reunification.

In accordance with nationality law, individuals residing on Portuguese territory for more than 6 years can get Portuguese citizenship by naturalization. In addition to this requirement, it is also necessary that the applicant be major, have sufficient knowledge of the Portuguese language, and that he/she has not been convicted in a final non-appealable judgement for a crime punishable by an imprisonment of 3 years or more according to Portuguese law.

FIND A PROPERTY HUNTER IN PORTUGAL BY REGION

Contact our property finders in the Lisbon region to discuss your real estate project. 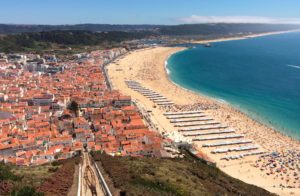 Use a hunter to find a house or apartment around Lisbon region. 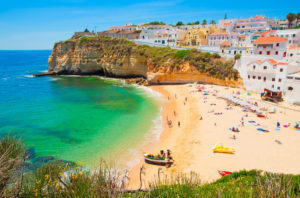 Contact a property hunter to find your villa in the Algarve or your apartment by the sea in Portugal.

“We are a dedicated team of experienced Property Finders in Portugal to guide you through every stage.”